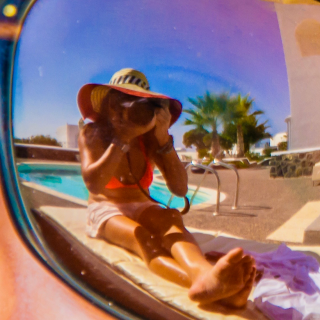 Today 6 years ago, I was in my 2nd life crisis that made me embark on a journey to Everest Base Camp (5364m) to go “soul searching” as suggested by my father. The discussion started on Aug 2012, when Dad told me “Xjilien Tan! This is not working. You need to stop whatever you’re doing and here are 2 options:

Here are 2 choices & you have 2 weeks to think about it. Call me back when you’re ready to decide.”

I was constantly angry at work. I absolutely hated what I do. I was intoxicated every weekend by trying to party harder than my misery. I have no idea where all my money went… & I was getting nowhere. I was young, stupid & lost.

He said “Let’s go soul searching to Everest Base Camp. ” Today, its Mickey Mouse trek to me. (no offense to anyone… it is Disney Land when its full of people trying to take selfies. A place that has lost its charm, vibe & authenticity.)

He said “Let’s go & we’ll find out. I’ve never been either. Nothing to pay right now but you need to commit yourself to training, get fit & be the REAL YOU again! Then, we’ll assess 3 months before we go.”

I told my bosses & they said “Pls go & we’ll manage somehow! You gave us >6 months notice & there is no reason why we can’t manage. Pls go, take a break & look after yourself!”

19th Mar 2013 – Here’s my ticket with a free business class upgrade to Kathmandu. I’m always lucky ever since I pay attention to the details in my life & show gratitude to whatever that comes along with all my heart.

It all started well, full of excitement & enthusiasm even when our flight to Lukla got delayed at Kathmandu. Then, more fun & excitement when we chartered a helicopter to fly out. You know how much I love the helicopter. I love helicopters as much as I love boats. It feels like living the James Bond dream! It’s always a hard choice between the 2 if I had to choose. Anyway, after a few days on the trek, I became more & more ill & so was Dad. Dad got very ill with altitude sickness that he could no longer walk & called the helicopter for evacuation at Dingboche (4410m), just 2 days before end point, Everest Base Camp (5364m). I was ill but not that ill. I was puking & pooing but can I push 2 more days & what if my condition worsens? Mom, the strong one, spoke to me & told me to decide by the next day if I would like to take the helicopter back.

The next morning, I sat atop of Nangkartshang (5100m) crying because I knew the right thing to do at that point in time was to abort mission, take the helicopter & fight another day. In the state of madness & how much I absolutely hate unfinished business, I blurted out in between sobs “Someday I’ll come back to finish this & climb Island Peak (6189m).” My guide, Ganesh, on that trip was like, “My dear sister, yes ok… I’ll climb with you when you’re better & come back next time.” Helloooooo… What was I thinking? I can’t even finish Mickey Mouse trek & I want to climb Island Peak? After descending from Nangkartshang, I took the helicopter with my parents & the crying continued all the way back to Kathmandu. My parents thought I was crazy. I was crazy. I simply hate unfinished business. Also I continued to be sick until I got back to Singapore & it turned out that I had acute stomach bacterial infection!

6 years later, I often wonder until today, what would life have been if I had given up my mountaineering dream back then at 5100m, if the life crisis didn’t happen, if I didn’t move to Singapore from UK, landed on a job that I didn’t enjoy & I didn’t go “soul searching”? If I had finished EBC at first attempt, would I still be interested? I am an island girl all my life & my heart, indulging in seafood, boats & BBQ every weekend when I’m home (not in the UK of course). I had zero interest in hiking. If it hadn’t been the word “Everest” & being the stupid me back then, I wouldn’t be interested to even try nevermind say Yes to 6 months of commitment!

Who knew I got hooked by the Mountain bug. I’ve been back there 3 times since. Trekking above 5000m became a walk in the park & I MUST go on my Himalayan pilgrimage every year or I don’t feel quite right. Even the ocean can’t replace my heart for the mountains! Then of course, not only did I climbed Island Peak (6189m) but ALL 3 that I signed up for last year without technical training nearly 6 years later. It seems to me, the more I randomly say something, the more likely it will happen! Maybe not today, tomorrow but in the years & months to come!

If I had given up after my 1st attempt of Everest Base Camp, I don’t think I would have found LIFE as is today. I feel renewed, energized & living my 2nd childhood of boats, outdoors & adventures. Sometimes, I still feel I always have to work very hard for anything & everything that I want but in retrospect, it’s actually pretty EASY just being ME, doing the things I love doing & get pretty good at it quite naturally! The real difficulty which I have realized & accepted as part of Me is … somehow or rather … I always sign up to going Zero to Hero or it’s ALL or nothing situation! If that’s the way it is, I shall just keep going living & loving my Himalayan High Life & my Fast Lane at Sea until the day when either my time or my luck runs out! ❤


Grit is that ‘extra something’ that separates the most successful people from the rest. It’s the passion, perseverance, and stamina that we must channel in order to stick with our dreams until they become a reality.